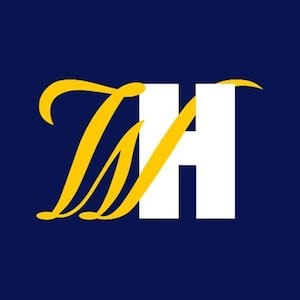 Executives at gaming conglomerate William Hill didn’t seem plunged into pessimism when posting the casino and sportsbook firm’s annual figures for 2019, despite not expecting their adjusted operating profit to drop by 37 percent – to £147m.

The loss can be shrugged off as an inevitable part of a larger transition; an upcoming change in UK casino law is a further worry. The company warned that the UK government’s ban on remote betting via credit card could take another chunk out of its profits this year – estimating further losses of £5m-£10m.

William Hill’s net revenue for 2019 dropped to £1.58bn, a fall of two percentage points, and the multinational is carrying increased group-wide debt, which now stands at £535m. Following the financial performance announcement, shares in the company dropped by up to 4.5 percent, although that is perhaps an indication more of fickle investors that long-term lack of confidence in the operation.

The losses were to be expected, given that William Hill has gone through a year of transition, and plans further transformation. As casino and gambling opportunities expand online, the traditional UK betting shop has faced stiff competition. Sometimes it’s fatal: William Hill closed 700 of its betting shops last year, which impacted on costs and revenue.

The company also spent £242m on new acquisition Mr Green, an online casino operator, which brought a return of £4m in its first year. There will be further costs, as the firm continues expanding into the massive US market, thanks to a Supreme Court ruling allowing sports betting in all states.

With Mr Green casino already proving to be an earner, it has shown impressive growth online for three consecutive quarters, signs are positive that William Hill is moving in a profitable direction. Only five percent of its total revenue comes from credit card bets anyway, so the potential losses are liable to be offset by new revenues as the company increases its international footprint.

The business has grown into a respected multinational gaming outlet; a far cry from its start as a single bookie darting through legal loopholes to service the UK’s greyhound, horseracing and football pools market, before the country legalised sports betting in 1960.

These days, William Hill offers punters many more options in regulated, legal markets. Already, 25 percent of its annual revenue comes from outside the UK. The US sports betting market will increase that percentage markedly.

While posting the 2019 profit statement, William Hill CEO Ulrik Bengtsson made it clear that the company was banking on increased international diversification, as well as further growth in its digital casino operations, to boost long-term profits. The year-on-year revenue may have dropped while costs increase, but the share price is likely to rebound healthily when those long-term investments start to pay off.