Gearing Up for the 2019 National Responsible Gambling Week 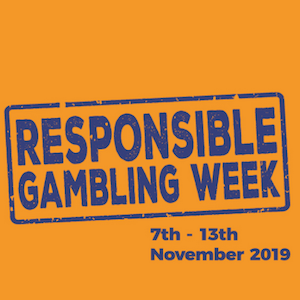 Now in its third year running, the National Responsible Gambling Week is set to take place across the United Kingdom and Ireland this November. The dates are set for a kick off on Thursday 7 November, with events and campaigns running through to Wednesday 13 November. The initiative has been put together by the Industry Group for Responsible Gambling in the UK and the Irish Bookmakers Association in Ireland.

The two organisations have worked together year-round to create a strong message about safer practices and making the public aware of the potential dangers of playing irresponsibly. All of their work comes to a head once a year with the National Responsible Gambling Week. This is the moment when literally thousands of land-based and online operators across the UK market come together to talk openly with the public about this important message. The chairman of the Industry Group for Responsible Gambling, John Hagan, has said that they are hoping to create an open and inclusive conversation so that they can connect to as wide an audience as possible.

The catchphrase for this year’s Week is “Let’s talk about safer gambling”, with the aim being to spark a national conversation. According to a statement made by the Gambling Commission’s chief executive, Neil McArthur, this campaign is about getting people talking, but not just the players. They want industry leaders to talk and they want the staff working for the operators to talk too. They even want to get people who don’t think that the message is aimed at them to start talking. Once the conversation becomes truly open, more people will be willing and able to seek help if they need it.

The Responsible Gambling Week campaign is happening for the third year in a row in 2019. Hagan said in his statement that this is likely to be the biggest one yet. The team has managed to get thousands of casino and sportsbook operators across the country involved, both online and land-based. This means that at least 120 000 staff members are working to promote the message of safer gambling. The campaign has even included pubs and other venues that have slot machines or casino games of some sort or another on the premises.

A secondary aim of the Week is to get those working in the industry to understand what role they play in the message of the campaign, both during the Week and throughout the year. These people have a duty to promote safer playing conditions and to be a source of support for those who are at risk.