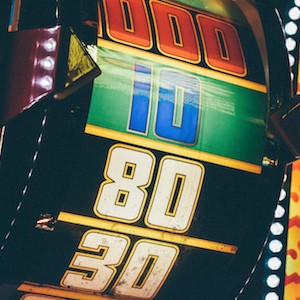 A working group headed up by industry leaders Playtech and Scientific Games was formed by the UK Gambling Commission back in January with a mandate to look at new ways to protect online slots players. According to report released by the Gambling Commission in April, an industry working group had not proposed enough significant changes and were urged to relook their suggestions.

However, in June of this year the Gambling Commission said that they would take over in the consultation process as the working group had fallen short of this task. Now the regulating body is taking control of developing ways to safeguard players, taking into account the suggestions made by the working group but also all other licensees.

Some of the ways working group members said better controls could be implemented were through removing split-screen online slots, implementing minimum game cycles and removing speeded up play features such as slam-stops and turbo play. However, with many of these engagement features determining the success of iGaming operators, the restructuring of online slots mechanics is a tricky conversation.

The Future Of Online Slots

As far as the future of online slots is concerned in the United Kingdom, it looks likely that auto play and quick spin features will be banned in time. With these casino games being the biggest revenue driver for iGaming companies, despite only appealing to a small number of players, the regulator says that this form of online gambling poses a relatively high risk to players. With many features designed to increase speed and intensity of play, spend among players was shown to be particularly high, with an increased risk of addiction amongst players.

Through the consultation process, the Gambling Commission will look to reduce the intensity of online slots, while prohibiting reverse withdrawals and making more information, such as time and money spent on a particular title, more readily available to players. At this stage it does not look as if the consultation process will look at any stake or loss limits. The commission is also aiming to introduce a minimum speed of 2.5 seconds to bring the casino games in line with B3 gambling machines.