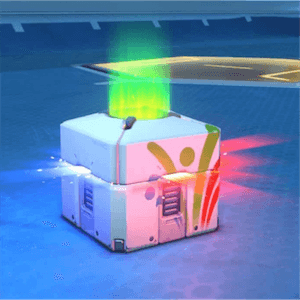 Members of Parliament in the United Kingdom are urging the government to start controlling the gaming industry’s employment of loot boxes under present-day gambling legislation. They are calling for a blanket ban on them being sold to players under the age of 18. Lawmakers are suggesting that children be able to earn credits inside the game to unlock them instead.

Loot boxes are virtual items inside games that players can purchase with actual money without knowing what they are getting. Their contents are not revealed in advance, and British legislators are arguing that this function should be considered a type of game of chance, much like slots or Roulette is. This would, in turn, make it subject to regulation by the United Kingdom Gambling Act of 2005.

These recommendations were made in a report recently published by the Department for Digital, Culture, Media and Support. This was after an enquiry was launched by the committee into technologies that were deemed addictive and immersive. Evidence was taken from tech firms like Epic Games, Instagram and Snapchat.

MPs have stated that spokespeople for the gaming industry are being purposefully dense when it comes to answering questions about average patterns of play. This is information that the report has highlighted as vital for a thorough understanding of how players are interacting with games. They’ve even gone so far as to call out certain representatives for failing to demonstrate total honesty and transparency, leading them to question exactly what it is that these organisations have to hide.

The report is not just calling for gambling laws to be applied to this lucrative mechanic, but recommending that developers start taking responsibility to protect players as well. It revealed that research into the possible harm these mechanics could cause is being held back by industry representatives not being willing to share play information.

In between trying to pry data from gaming companies, legislators also took corroboration from players over the course of their investigation. One instance saw the committee hearing about a player’s spend of as much as £1 000 a year on loot boxes in the FIFA video game series by Electronic Arts. Another case involved parents reporting on their adult son racking up debt in excess of £50 000 through RuneScape 3, developed by Jagex. The developer reported that gamers could spend between £1 000 and £5 000 monthly on microtransactions in the multiplayer online role-playing game.

It looks like the loot box controversy is not going anywhere soon, and the UK may well implement regulations that govern their availability and classification