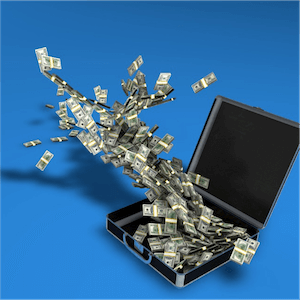 Barclays already allows its customers to block and control certain payment types via apps on their mobile devices. Now 3 other high-street banks in the United Kingdom – Santander, Lloyds and RBS are doing the same thing.

The financial institutions are all reported to have approved proposals for developing functions to block payments for online betting transactions, as well as for retail purchases. This should help to protect users’ funds more, if their account details get into criminal hands, and should allow them to manage their spending more responsibly.

In December 2018 Barclays confirmed its plans to introduce a gambling block function to the user interfaces on its digital platforms. Customers can control when and where their money can be spent. Anyone feeling concerned with the amount they are using at online casinos and sportsbooks can take measures to curb that.

In addition, customers will be able to limit withdrawals from ATMs, and credit card purchases in stores and online. The functions of the tools for the other 3 banks are expected to be very similar. Being able to implement spending controls so immediately means that as soon as an individual perceives a security breach or spending problem of any kind, they will be able to take responsible steps to deal with it. As a Lloyd’s spokesperson said, customers will have more peace of mind.

After Barclays made the announcement about new blocking functions in late 2018, GambleAware Chief Executive Mark Etches said such measures could play important roles in reducing “gambling-related harms”. With 340,000 active problem gamblers and another 1.7 million individuals at risk of developing issues in Britain, this comment brings a lot of hope.

However, many advocates of responsible gambling say there is more that still needs to be done. In particular, they are continuing the campaign for significantly longer cooling off periods between when a payment block is deactivated, and when transactions can be completed once again. The key in all these measures is to give people enough time to stop, think and determine the course of action that they really want to take.