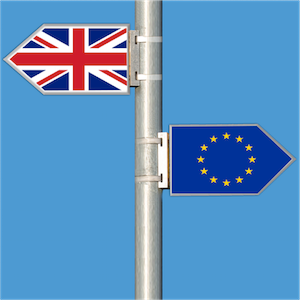 Britain’s exit from the European Union is a thing of many layers. Apart from major concerns such as the re-instatement of a physical border between Britain and Northern Ireland, the widespread collapse of trade agreements, which will undoubtedly lead to job losses, and questions about exactly how the country plans to settle its mammoth debt to the EU, there is also the matter of what is to become of Britain’s overseas territories.

Admittedly, there aren’t too many of these left, but to the island of Gibraltar, a supposedly sovereign British overseas territory, the issue of Brexit is a very concerning one indeed. Gibraltar relies heavily on tourism, shipping, the export of tobacco, and most notably, the online gambling industry, in order to keep its own economy afloat.

The UK and Gibraltar have been investigating several possible solutions to the anticipated challenges that may or may not surface after Britain officially leaves the EU on March 29. To this end, a Memorandum of Understanding (MOU) was recently agreed to between the UK Gambling Commission and the Gibraltar’s own Gambling Commission.

The main aim of the MOU is to foster a closer working relationship between the two regulators, as well as keeping a passage of online trade open and active, even after Britain’s big exit. This is critically important if Gibraltar-based online operators are going to have continued access to the UK market after the D-Date has come and gone.

According to the agreement, the current arrangements will remain unchanged.

Thanks to the agreement, Gibraltar’s interests are being looked after. When considering that 25% of Gibraltar’s GDP is directly associated with the gambling industry, one starts to see the bigger picture. As it stands, its notoriously difficult to obtain a licence from Gibraltar’s Gambling Commission. 34 operators hold licences from Gibraltar, and more importantly to note is the fact that 90% of all of their business is conducted in the UK.

What makes this possible is that trade takes place according to the rules of a single EU market. Which is, of course, is why the industry is trembling in its boots concerning the huge impact that Brexit is going to have on general freedom of trade between Gibraltar and the United Kingdom.

At least the gambling industry seems to be safe, thanks to the pro-active work done by the regulators involved.