Tax Relief for Irish Bookmakers in 2020 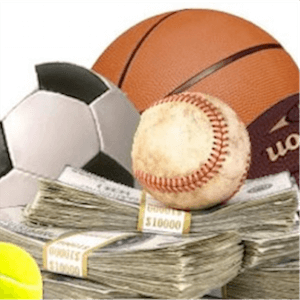 Irish bookmakers will be ringing in the New Year with especial fervour on the 31st of December 2019. This is thanks to the country’s government announcement of plans to relax the taxation these organisations are paying, with relief of as much as €50 000 planned on being given from the 2% turnover taxes currently levied on betting activities.

Governmental schemes that will be incorporating several changes on the structure of Irish gambling tax have been revealed, and adjustments to both betting and betting intermediary duties will also be going into effect as of next year. With this new relief on the horizon, operators will be saving tax on the first €50 000 staked, and this limit will be held in place for the rest of next year.

A Pastime With Some Drawbacks

Gambling, in general, is incredibly popular in The Emerald Isle, and as a result, the country has had to start facing several issues around compulsive behaviours. Official data has shown that problem gambling in the health services locale crossed the 250-mark in 2019. Online bookmakers have also done their bit to help combat problem gambling, and have focused heavily on the promotion of responsible gambling practices in an effort to curb the issue.

Although the overall gambling and betting culture are quite similar across the United Kingdom and Northern Ireland, there are several significant differences when it comes to Irish sports betting preferences specifically.

Irish bettors are simply not as passionate about Football as their counterparts across the Muir Éireann are, and tend to opt for Gaelic Football instead, the country’s national sport. Gaelic Football, in fact, accounts for as much as a third of all online betting in Ireland!

Hurling is also hugely popular, both in terms of live presence and betting. The game has prehistoric origins and has been played in one way or another for more than 4 000 years now. It is a native Gaelic pastime and as such shares many features with Gaelic Football, including the field, goals, amount of players, and some terminology. Football, The Beautiful Game and King of Sports across all of Europe, ranks only in the third position on the list of the most popular sports for betting on in Ireland. This is in spite of the fact that their national team, The Green Army, have impressed in recent Championships.

Irish bettors are also increasingly turning to wagers on Rugby Union games and Horse Racing competitions, with both events gathering big crowds when live events are taking place. With the Ruby World Cup in full swing many bettors are putting money down, and this has also helped to grow interest in the sport.