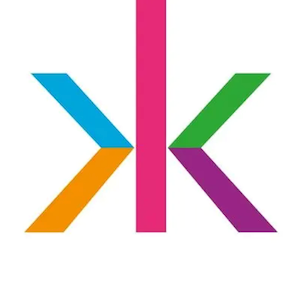 Red Tiger and the Kindred Group’s 32Red brand have entered into a content agreement. Under the terms of the new partnership deal operator 32Red will receive access to iGaming studio Red Tiger’s complete portfolio of online casino content.

Players will now be able to access some of the most popular titles from the Red Tiger Gaming studios. These include popular slots like Gonzo’s Quest MegaWays, Piggy Riches MegaWays and Dynamite Riches. In addition, they have also signed up to receive Red Tiger’s daily and hourly jackpots through Red Tiger’s integrated daily drop network.

A tier one iGaming studio, the Malta-based Red Tiger brand was founded in 2014. The company specialises in creating exciting slots and online table games, while also offering a range of other promotion solutions to their operator partners.

The brand already serves leading online casino operators and has signed a number of similar content partnerships in recent months. They currently debuted their slots in the Estonian market with operator Betsafe, alongside the rollout of The Mill Adventure.

Recently, Red Tiger was also recognised as one of the best B2B providers in the iGaming industry when they scooped up five awards at the 2020 EGR B2B Awards. The studio was won the awards for the industry’s best Slot Supplier, Mobile Supplier and Mobile Gaming Software Supplier while also walking away with awards for Innovation in Slot Provision and for Innovation in Mobile Provision.

One Of The UK’s Leading Operators

Now, through the terms of the recently signed agreement, one of the United Kingdom’s most beloved operators, will gain access to the award-winning titles by Red Tiger. UK-facing 32Red is one of the country’s biggest names in the online casino space.

The brand is part of the Kindred Group, which recently showed a successful first half of 2020 despite trying times for the global online casino industry. The group reported a growth in revenue for the first six months of 2020 when compared to the same period last year, attributing its success to the diverse geographical spread of the company and variety of player offerings.

The brand recorded a revenue of £484.8 million for the first half of 2020 which represents a 7.6% year on year growth. During this time the group’s online casino revenue brought in a whopping £263.3 million. With Red Tiger slots integrated into their offering, these figures are sure to grow even bigger.