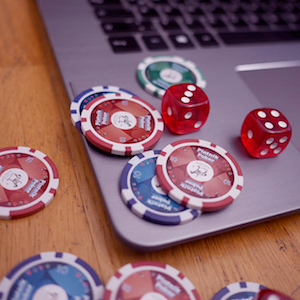 Northern Ireland is looking to Westminster for advice as politicians in the region are keen to establish new casino laws in the United Kingdom province. Northern Ireland is undergoing an inquiry into the establishment of new regulations for the gaming industry in order to improve the region’s gambling laws which have not been updated since 1985.

Due to this aged policy, the current legislation in Northern Ireland does not include any references to mobile or online casinos or digital gambling of any sort.

The Northern Ireland Department for Communities began a consulting process to reform the gambling regulations in the province last year after a similar inquiry eight years failed to result in any meaningful legislation improvements. As a result of the inquiry process, new proposals are expected to be introduced that aim to ensure fairness within the casino industry, enhance player protection measures especially where the vulnerable or children are concerned and ensure that any illegal gambling activities are curbed.

The 15-strong All Part Group on Reducing Harm Related to Gambling is headed by Robbie Butler, a UUP representative, who says that the inquiry is not about prohibiting gambling within the region but about putting in place better casino regulations to protect the vulnerable and make gambling safer and fairer.

With evidence sessions to begin in September the Stormont group is looking to Westminster’s Gambling Related Harm All Party Parliamentary Group for guidance. Last week the Westminster parliamentary group released the results of a year-long inquiry into the casino industry, in which 30 recommendations for gambling operators were announced. Among these recommendations the parliamentary group called for a ban on casino advertising in its entirety, the banning of in-play betting, the prohibition of VIP loyalty programmes and a £2 restriction on online slots.

Upon examining information from industry operators, regulators and players themselves, the report released by the group at Westminster also called for an overhaul of the casino industry, saying that the industry could not self-regulate, the United Kingdom’s Gambling Commission was not effective and the industry was destroying the lives of many of the country’s citizens. The report also said that stake limits should be required across all verticals, calling for a review of prize limits and that regulatorily parity should be introduced across all channels as is the case in the country’s land-based casinos.