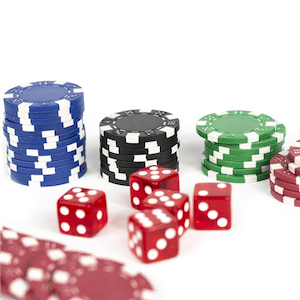 Ireland has had a rather volatile relationship with casinos, sports betting and governing legislation for quite some time. And what with a lack of proper regulation being at the order of the day, it’s no surprise then that many Irish nationals fall victim to gambling addiction. But according to the country’s Gaelic Players Association (GPA) the situation is far more complex than a lack of regulation and instead, is mainly driven by casino and sportsbook companies airing advertisements punting their products during live game broadcasts.

So dire does the situation seem to be to the GPA, that the organisation has now taken the drastic decision to call on the Gaelic Athletic Association (GAA) to pass a ban on gambling ads being aired during the broadcasts of live sports events; and specifically relating to hurling and Gaelic football broadcasts.

The GPA has been pushing hard for the matter to be bumped up for discussion during the first weekend of March by means of a Congressional motion. The GAA has however responded by saying that the proper protocol will be followed, which means that the discussion will first have to be launched before Central Council.

Once Central Council has approved the motion, it can then be brought before Congress next year. If the organisation were to successfully have such a casino ad ban passed by Congress, the GAA will become the first sporting organisation of its kind to be pushing through with a decision of this nature – and this implies not only regionally, but globally.

As for the reasons behind the drastic motion called for by the GPA, the representative body has explained that it believes that the propaganda surrounding online betting during live games, coupled with the widespread availability of casino and sports betting opportunities, is creating a cultural issue that is as dangerous as what it is worrying.

The organisation then goes on to provide details regarding a number of high-profile GAA athletes and players to have gone public with their own personal struggles with addictions to gambling and to compulsively betting on sports outcomes.

The organisation also says that it believes that it is completely unreasonable and very destructive to allow gambling ads to be aired during events that are obviously viewed by adults and young children alike and that being exposed to the lures of gambling and betting at a young age often leads to destructive gambling behaviour.