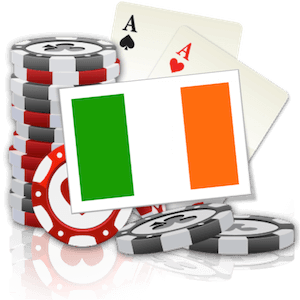 Up until a couple of weeks ago, the Irish political collective seemed dead set on turning the luck of the Irish, so to speak, when it became apparent that just about everyone who was anyone operating in the country’s political landscape were in favour of a major tax hike, specifically relating to games of chance, whether land-based or online.

Major operators, like Ladbrokes and Boylesports, had made known their intent to get up and leave the country behind, as the new tax structures would make it near impossible for companies to stay in business and make a living.

Operators pointed out what the effect would be on the local markets, and that many people could expect to lose their jobs in the process. What’s more, government would not stand to benefit by quite as much as they had initially hoped to, due to the very fact that the new tax scales would drive the entire betting and gambling industry to its knees.

The Irish Bookmakers’ Association even went as far as commissioning an independent impact study in order to point out the many pitfalls of the rash and seemingly impulsive decision by government. Part of the impact study included the compilation of a report by an esteemed associate professor of economics at DCU, Professor Anthony Foley.

Foley’s report points out, amongst other things, how government had clearly not even considered the consequences that the new tax structure would have for existing national tax structures such as income tax, USC and PRSI. In short, according to Foley’s report, Ireland would have to brace itself for large-scale unemployment due to job-losses in the betting sector.

Now, according to a news report by local media page The Irish Independent, an amendment to the proposed tax structure has been suggested. This will involve a more lenient 10% of profits being payable in taxes by betting shops, and their online counterparts forking out 20% of the same.

The press report also alludes to the fact that many politicians are showing their support for the proposed amended tax structure. The newly proposed structure will enable the preservation of thousands of jobs. Unemployment is one of Europe’s main challenges of all times and government would be well advised to heed the warnings of key role-players in the industry.