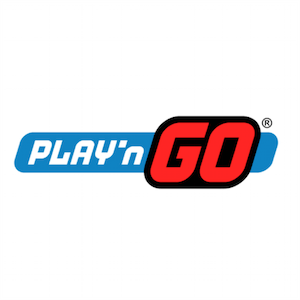 Play’n GO, a leading supplier of slots for the online gaming industry, is delving deeper into the UK market thanks to their entering into a deal regarding content with Paddy Power Betfair, part of Flutter Entertainment. The bookmaking holding company was created when Paddy Power and Betfair merged. The latter will now be able to offer titles from the developer thanks to these being integrated directly into their platform, a move in line with their focus on slots.

Play’n GO’s games are famous for combining cheerful colours, expertly executed themes, big bonuses, incredible jackpots, and high payout percentages. Fans include casual players and slot game devotees, and the company has a well-deserved reputation as one of the best game creators in the world.

Flutter is the new holding company for a range of international operations and brands, which include Adjarabet, Betfair, FanDuel, Paddy Power, Sportsbet, and TVG. This global entertainment, gaming, and sports betting provider delivers its services to six million people globally.

Everyone’s Pleased with the Deal

Play’n GO has stressed the high quality of the games it creates and the company says that the agreement marks a significant milestone in their quest to cement a strong position in the United Kingdom. Chief Executive Officer Johan Törnqvist described the deal as the next step towards his firm’s goal of partnering with leading UK operators and expanding their presence in the region. He also spoke of his company’s excitement about being able to bring players that much more entertainment. He talked of how fruitful 2019 has been for the firm, and said that it’s precisely partnerships like this one that are allowing Play’n GO to end 2019 on a high note and move into 2020 strongly.

Betfair Gaming UK Commercial Director Francesco Borsetti spoke of his organisation’s delight in being able to provide their customers with content from the world-famous developer. He said that his organisation’s goal is to provide players with the biggest possible range of the best slots and that this new deal allows them to do exactly that.

What Does the Deal Say?

Several of Play’n GO’s most successful titles will be released, including famous slots games like Demon, Legacy of Egypt, and Sword and the Grail. The first entities to see the fruits of this new alliance will be BetFair.com and PaddyPower.com, after which additional domains will benefit from global rollouts.