Ireland Could Raise Stakes By 300% 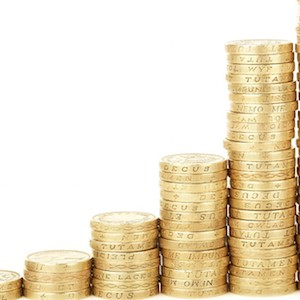 The Gaming and Lotteries Act has remained unchanged in Ireland since 1956. Under the act, slots have a very modest maximum betting limit of just €0.3 ($0.033.) But this may soon change. Proposed regulation changes are currently before the Irish legislature, the Oireachtas, pushing to get the limit significantly raised to €10. Subsequently there would be a knock-on effect to maximum payouts, likewise raising that number. The new payout limit would be €750.

But reaction to the proposal has been almost entirely negative. Many politicians have instead been calling for stronger gambling regulations, given the widespread perception that the country is in the grips of a gambling addiction dilemma. This makes the stakes increase seem extremely ill timed. One member of the Irish Senate commented that the changes fly in the face of the concept of gambling for fun.

The CEO of Problem Gambling Ireland echoed the negative sentiments. He raised two points, first questioning how much faster problem gamblers would be able to lose their money with increased stakes. He followed up by declaring that the country had a reputation of virtually no enforcement as far as established regulations went.

But not every reaction was negative. A Minister in the Irish Department of Justice, David Stanton, voiced his own opinion, calling the standing regulations completely unrealistic. The Minister is one of few who are entirely behind the new bill, perhaps swayed by the unmentioned other additional change. The bill does not just increase stakes overall, but also allows for them to be lowered and raised at later dates. This grants a flexibility that was previously unavailable.

The reality is that Ireland does have an underage gambling problem. A recent survey, released in February, revealed that 1 in 10 children in the country have participated in illegal betting. Of boys aged 15 to 17, 15% admitted to placing bets on horse or dog races. A further 12% had purchased a lottery ticket, or a scratch card.

A Fianna Fáil politician, Jack Chambers, was especially unforgiving about these statistics. He lambasted the government, expressing that the problem had grown so out of control because politicians refused to acknowledge that a problem even existed.

Given the massive differences in opinion, it seems like the new bill will not be passed. But only time will tell. Meanwhile politicians continue to go back and forth about the potential impacts, positive and negative.