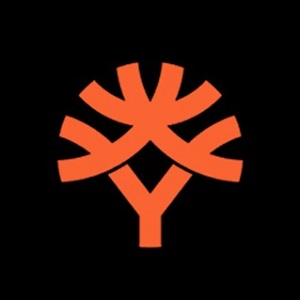 Yggdrasil Gaming have certainly been making waves in the iGaming industry of late. With a vast selection of quality online casino content, and strong global fan base, it seems as if the studio can do no wrong. The latest deal to be secured by the company, indicating yet again that the organisation is on a hot streak, is with Fortuna Entertainment Group.

Fortuna Entertainment Group, headquartered in the Netherlands, is an iGaming and sports betting operator. Of course, the company is always on the lookout for new online casino games, which it provides to its various branded outlets. In order to satisfy this need, as of now, the corporation has added Yggdrasil Gaming to its list of suppliers.

It is a mutually beneficial partnership for both organisations involved, and certainly also a benefit for any Central European players that will be getting their hands on the quality content for the first time.

Taking a closer look at the operator, the corporation is currently active across a vast range of key European markets, including the Czech Republic, Romania, Slovakia, and Poland. This vast European network indicates an impressive amount of regional penetration by the company, which is no small achievement as far is the iGaming world is concerned.

But the network in turn also means that Yggdrasil Gaming’s online casino content will now be more present in these regions than ever before, ensuring that the developer receives vastly improved player exposure.

Speaking for Fortuna Entertainment Group, Nicklas Zajdel shared a few thoughts. He first complimented Yggdrasil Gaming, saying that the developer is known for creating excellent content. He then confessed to being excited to see how players would react to the titles, suggesting that there was almost no doubt that general player response would be positive.

Fredrik Elmqvist spoke for Yggdrasil, sharing a few thoughts of his own. He declared he was nothing short of delighted to have partnered with Fortuna Entertainment Group, a company that is, he stressed, the biggest operator in the Central European region.

Elmqvist then explained that his company has a strong future roadmap, and that new online casino games would be supplied to the global market, including Central Europe, on a regular basis.

Elmqvist concluded that the companies would now be focusing on the most important part of the agreement. Namely; ensuring that the integration was a smooth, hassle free process.