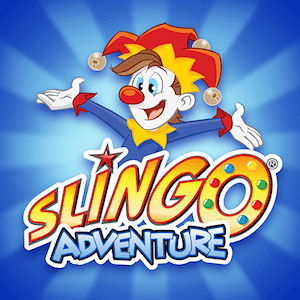 Entertainment firm Hasbro has signed a deal with online casino content developer, Gaming Realms to act as an agent for the group’s Slingo brand. Under the new deal, Hasbro has garnered exclusive rights to negotiate licenses for the brand under a two-year partnership.

Hasbro is now tasked with finding new opportunities for Gaming Realms and their Slingo brand in existing and untapped territories, while expanding the brand beyond the realm of online gambling and lottery. Hasbro says they aim to bring the brand to life in new and unique ways.

Gaming Realms’ Slingo trademark combines slots and Bingo mechanisms together in some innovative brands. These slots and casino games combine with recognisable commercial brands to stand out in a crowded market space. The portfolio of branded online casino games includes Slingo Who Wants to Be a Millionaire, Slingo Monopoly, Slingo X Factor and Slingo Britain’s Got Talent.

Combing social meta games and real money mechanics has been the key to Slingo’s successes and since its launch in 1995 the company has seen multiple awards come their way. New online casino games are also being built daily from their gaming studios in Colchester and Victoria.

Listed on the London Stock Exchange, Gaming Realms has seen a strong start to the year and has its sights set on further international expansion. The company has expanded its library to 36 titles this year and has signed deals with six new distribution partners including the USA’s Draftkings, Mexico’s Caliente and Sky Betting in the United Kingdom.

Hasbro is also a very recognised name in the gaming space, both with its traditional land-based games as well as in the digital world. This American multinational conglomerate is famous for its toy and board games, as well as its multiple media assets. Popular products for the Hasbro brand include Power Rangers, My Little Pony, Twister, Transformers, G.I. Joe, Nerf and Monopoly. With headquarters in Rhode Island, Hasbro is also the parent company of Entertainment One.

According to License Global’s 2019 Top 150 report, Hasbro is one of the top six global licensor’s in the world. The brand incorporates a variety of gaming companies including Electronic Arts, Scopely and Scientific Games. Adding Slingo casino games to the mix is sure to be a great move for both Hasbro and Gaming Realms. It will bring in new online casino audiences through the combined reach of both these global brands.