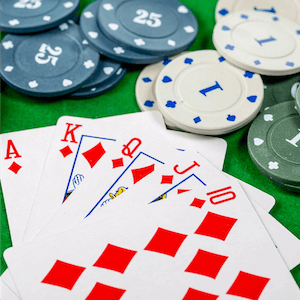 Northern Ireland has long been in talks about updating casino regulations, but massive, consistent delays have left citizens frustrated. As it stands, regulations in the country have not been updated since 1985, leaving massive room for operators to take advantage at online casinos. But now, Sinéad Ennis of the Sinn Féin political party, has handed government officials a detailed regulatory proposal.

The extensive proposal includes, amongst other suggestions, the introduction of an official casino regulatory body, sweeping regulations for the online casino industry, and a ban on promotional bonuses.

In addition to the suggestions, the party also included their extensive document detailing problem gambling in the country. As it stands, it is no secret that problem gambling is one of the most serious problems facing the nation.

A public consultation was launched on December 2019 by the Northern Ireland Department of Communities, asking for general comment on gambling laws, and requesting suggestions how they should be altered. Sinn Fein explained that it created the regulatory suggestion document in response to this consultation, and stressed that casino regulatory action needs to be taken sooner rather than later.

Ennis did not beat around the bush in giving a statement. He declared that gambling laws in the country have long been out of date, and have long been in need of sweeping modernisation. He went on to explain that the proposals submitted would not only bring laws up to date, but that all technological advances had been taken into consideration, ensuring that the online casino industry would no longer be allowed to slip through technical loopholes.

The standing Northern Irish legislation, titled the Betting, Gaming, Lotteries and Amusements Order, was first published and put into effect in 1985. The regulations make no mention of any kind in regards to online casinos, smartphones, or any technology based advancements that have occurred since.

In 2013 Nelson McCausland, Minister for Social Development, clearly stated that he would update standing laws, and add clauses that tackle the glaring problems. However, the promise never came to pass, due entirely to the Executive Assembly not meeting for over three years.

The reason for this was a long running dispute between two political parties, Sinn Féin and DUP. The dispute all but brought local government to a grinding halt, putting back political advancements in a major way. If progress will now finally be made is unknown, but there is no question that Northern Ireland residents are fast becoming fed up with slow progress.