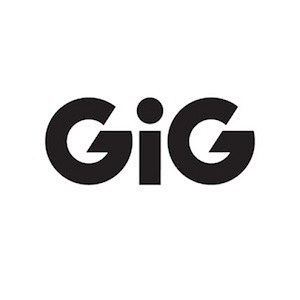 According to an announcement, iGaming development studio Gaming Innovation Group (GiG) is officially teaming up with Coastline Gaming. Coastline Gaming is primarily known for land based casino operations, but in the case of this partnership the two companies plan to launch an entirely new online casino brand. The brand, which will be known as Slotbox, is to be released in the lucrative Irish market.

But, looking deeper into the arrangement, it seems that GiG will be more focused on the technical aspects of the brand, using their already established online casino platform solutions as the foundation of the operation. Coastline Gaming, meanwhile, will act as the operator, running the site after initial inception, and otherwise seeing to the day to day necessities.

One of the more interesting aspects of Slotbox is that it will be an entirely unifying solution for Coastline Gaming. The operator already runs eight physical gambling establishments, and aims to make them integrated with the new online casino experience. Players will be able to use a single digital wallet for both the land based and online services, essentially making it as smooth an experience as possible to switch between one and the other.

Richard Brown spoke for GiG, elaborating on the partnership. He stated that the deal would be highly beneficial for both companies, and likewise be beneficial for existing Coastline Gaming players, all of which would now be able to take their gambling entertainment to the next level.

Brown concluded by saying that GiG was now gaining a reputation for helping land based establishment expand into the online world, which was something that he and his company were extremely happy with.

John Doyle spoke for Slotbox, the Irish online casino brand that has only just recently come into being. But, regardless of the brand’s youth, Doyle was confident that a bright future lay ahead. He declared that Slotbox would be based around a customer-first approach, angling all of its internal decission towards making customers not only happy, but also valued.

Doyle went on to stress that Slotbox would be a first class experience, driven by a flexible business model, world class technology, and outstanding service. He concluded by pointing out that GiG are masters at driving sustainable growth, and would be certainly be bringing that industry experience to Ireland.

It is still early days for this new venture, but based on early signs it seems as if Irish players will soon be enjoying an outstanding online casino experience.