Higginson To Succeed As Chair Of Flutter Entertainment 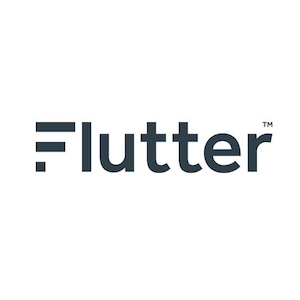 Reports have tipped Andrew Higginson to become the new chairman of the Flutter Entertainment group at their next AGM due to take place in May 2020. If Higginson does step in to fill the shoes of outbound chair, Gary McGann, he will become the first non-Irish chairman of the fully Irish company. Up until recently, Flutter Entertainment operated as Paddy Power Betfair.

Higginson is currently the chairman of the board for Morrisons, a large supermarket chain, meaning he is no stranger to heading up such a large entity. He has also worked in the upper management structures for a number of other large organisations in the UK, including Guinness Brewing, Tesco, the Burton Group, Laura Ashley and Unilever.

The current chairman of Flutter Entertainment, Gary McGann, is a big player in the Irish business world. He has held senior positions at a number of companies before moving to Flutter Entertainment. These include Anglo Irish Bank, Smurfit Kappa and Gilbeys. He also currently chairs the board of Aryzta, a Swiss-Irish food group. It is said that McGann plans to retire next year and will be stepping down at Flutter Entertainment’s next AGM, when Higginson is reported to be the favourite to take over.

Higginson is well known within Flutter Entertainment as he currently holds a position of non-executive director within the company. If he does take the chair position next year, it will come at a very important time in the company’s history. They are on the brink of a huge merger with The Stars Group of Canada. The merger is currently being led for Flutter Entertainment by their chief executive officer, Peter Jackson.

Once the merger between Flutter Entertainment and the Stars Group, which is said to be well on its way, is complete, the resulting entity will be the largest online gaming

If everything goes according to plan, the merger will be complete in the second half of next year. There are a lot of details to work out before the final deal can be signed. This includes considering how their new entity will have to deal with regulations in the markets that the two individual companies already operate in.