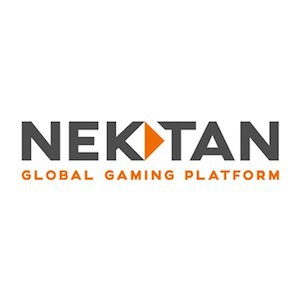 It seems almost unreal, but many companies are already posting figures for the first few months of the 2019 financial year. This is due to the fact that for many organisations, the new financial year commenced on 1 July, and will run all the way through to June 30th, 2019. As a result, many operations have already been in a position to make projections for the coming year, and have been able to draw comparisons on a year-on-year basis, compared to last year’s performance.

Gaming technology and services platform provider and global iGaming role-player Nektan, has been in the fortunate position of being able to announce a record quarter for the first three months of the new financial year. In fact, the brand has a stronger than expected rate of growth for the start of 2019. Nektan engages two proprietary platforms, namely Evolve, which is a B2C platform, and E-Lite, which is a B2B platform.

Investing In The Future

The fact that the company has applied increased resources towards the development of a system that promotes player lifetime values has caused a significant dip in reported income. This will however in all likelihood work for the good of massive returns and profitability in months to come.

Nektan has out-performed its contemporaries in the field of distribution. It now supplies gaming content to an estimated 143 global casino sites. What’s more, the supplier’s own platforms now hold a larger than ever portfolio of more than 700 games.

As far as the ever-expanding US market is concerned, Nektan has been making massive headway. The supplier’s Evolve platform has been officially integrated with US-based Metric Gaming’s Race and Sportsbetting platform. This has meant a significant boost for the company’s footprint in the United States.

The company’s interim Chief Executive Officer, Gary Shaw, is excited about the firm’s future prospects. Shaw elaborated on the fact that the company was seeing massive growth and expansion as a result of its services being offered in more jurisdictions than ever before. Especially the rapidly expanding Asian market is bound to be a dealmaker in the distributor’s scope of operations.

The firm is headquartered in Gibraltar, and holds additional licences in the UK as well as Ireland.