Microgaming Gears Up for Charity Ride 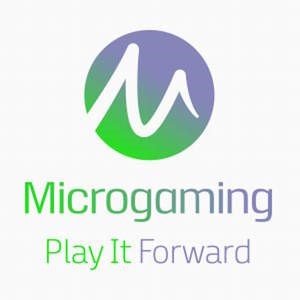 Microgaming’s primary community-led initiative PlayItForward is gearing up for the ride of a lifetime! The company recently entered its team into the 2019 edition of the Deloitte Ride Across Britain event, and is looking forward to competing this year.

The epic 9-day cycling challenge is the only one of its kind, and PlayItForward has had to select a special skilled team to take part. The selected team contains some of the initiative’s most ‘adventurous and competitive volunteers’ to give Microgaming a strong chance of nabbing first place.

Microgaming Senionr CSR Manager Kate Moughtin said of the race that the RAB challenge is a great opportunity for PlayItForward to widen its scope and support an essential UK charity. The charity it has chosen to support is The Prince’s Trust, which gives youths a second chance to succeed at life and also to make a difference within their communities.

Moughtin extended a special thank you to PlayItForward’s supporter and donators, and its many volunteers who are taking part in the cycling challenge as well.

Ride Across Britain covers 980 miles of land from Land’s End to John O’Groats. Riders will all pledge to raise at least £2,200 per participant as each team races their way towards a hefty target of £15,400 for the charity of the day.

Microgaming Director of Content Strategy John Quinn says that for years, RAB has been an event that he’s been keen to take part in himself. It is more of a challenge than a race, he has noted, but he still wants to see how far he can push his body and his spirit in aid of a good cause.

The Prince’s Trust is RAB’s official charitable partner this year. The organisation assists disadvantages 11-30 year olds to improve their lives, and has helped over 825,000 youths to do so since 1976. The charity supports more than 100 young people every day.

Head of business development at Microgaming Neill Whyte is also looking forward to the race. He has noted that the event is for a great cause, and in terms of the challenge, it ranks high on the list of events that he has already done. Riding the length of Britain has always been on Whyte’s bucket list, and he says that the fact that it is in support of a great cause is an added bonus, too.

Whyte and Quinn are 2 members of the PlayItForward team of 7. The other racers gearing up for RAB 2019 are Hugo Langerman, Errol Larson, Chris Quayle, Andrew Corris and Kurt Schrauwen.