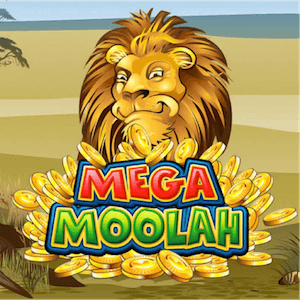 Players around the world are hoping for the luck of the Irish to rub off on them as they hunt up 4-leafed clovers and try for the pot of gold that is the Mega Moolah Progressive Jackpot.

The prize has been in the green for some time now, with the total rising rapidly as more and more players attempt to get hold of the big win. Having crossed over the $14.4 million mark, it’s slowly but surely headed towards an eye-watering $17 million, which would mean a record-breaking payout of more than €13 million if its won on this side of the pond. This is definitely one for the record books, standing as the second-largest prize since the game’s inception in 2006.

It’s impossible to tell where or when the Mega Moolah Progressive Jackpot will pay out, which is part of the reason for the game’s continued appeal. Any Paddy or Colleen could be the lucky one: literally all it takes is playing the game at a casino that hosts the Microgaming slot. Furthermore, although the majority of these kinds of games require maximum bets to be in place in order to qualify for the purse, this one does not. Even those of us with minimum stakes in place could be the next instant millionaire.

Details on the Game

Mega Moolah has 5 reels and 25 paylines, and coin denominations range from 0.01 to 0.05, with a Maximum Bet of 125 coins in place. The African theme is delivered by the jungle animal icons, with players trying to line up Zebras, Buffaloes, Antelopes, and more. There are Scatter symbols, represented by the face of a Monkey, which trigger Free Spins for players, with payouts tripled, and these can be reactivated as well. The Lion Wild symbol doubles players’ payouts when it stands in for another icon and creates a winning payline.