Malta-Licensed Casinos May Be Linked to Mob 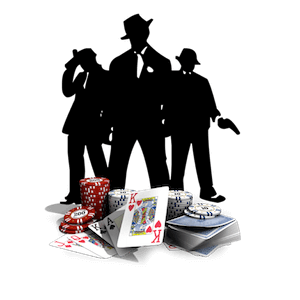 Every A-grade market has its rotten apples too. We’re referring of course to the recent news that the Italian police force has launched a massive investigation into the dealings of some of Malta’s top licensed operators. According to the details provided by a spokesperson for the police, the operators in question are being investigated for their alleged involvement with the Italian mafia. Some operators had been availing their services in order to launder the ill-begotten funds of the mafia.

According to the Times of Malta, a prominent press publication, the mafia groups involved with the Malta-licensed operators that are being investigated, are those situated in Sicily, Puglia, and Reggio Calabria. To date, as many as 68 people have been arrested following their alleged involvement in the massive-scale fraud across the three regions.

According to police-reports, the mafia syndicates allegedly made use of the business operations of the Malta-licensed operators in order to serve their own devious purposes. The wrongdoings all relate to the laundering of the proceeds gained from other criminal activities.

The exact scope of the hold that the members of the mafia have on the operators is not yet known, and the possibility does exist that the main motivation could have been monetary gain. The dubious operations soon expanded into the international arena, with Great Britain, the Netherlands, Serbia, and Switzerland all having been prime stops along the location-line of unlawful dealings.

The investigations into the crimes were carried out with the help of EuroJust, the EU’s top judicial investigations and co-operations agency. The massive-scale probe resulted in €1 billion in assets and cash being seized in a total of 12 countries. Malta, the Seychelles, the Isle of Man, and Romania are just some of the countries involved in the blitz.

Some of the assets that have been lawfully attached and seized include luxury apartments; large sums of cash, and in one case even a prestigious football club! The investigation revealed that between €1 million and €2 million in ill-begotten funds had been laundered in this way every month.

A spokesperson for the Italian police has revealed that other non-gambling related businesses are also currently being investigated for their involvement.