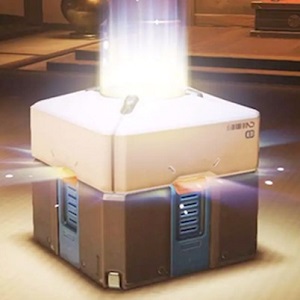 So-called video game loot boxes have been a point of immense controversy for some time, with public perception of the mechanics turning increasingly more hostile. Now, at last, various casino and gambling authorities around the world are paying attention. Most recently regulators in Ireland have indicated that they are looking into the issue.

However, the matter in Ireland won’t actually be given full attention for some time. Although it was stated by Irish authorities that the loot box controversy is to be reviewed, no definite schedule has yet been assigned.

Furthermore, it was made clear that there is not yet any intention of restricting the controversial video game systems.

Many expressed disappointment at the lack of urgency from casino and gambling authorities in the country, not in the least because numerous other European countries have already taken a firm stance. In fact, some countries have already even implemented steps to tighten control over the systems, immediately declaring that they are the cause of great potential harm.

General public consensus seems to agree with this conclusion, stating that loot boxes are nothing short of unregulated, unchecked gambling, directly accessible by millions of unaware children around the world. Even still, it is up to casino and gambling authorities in each region to draw their own conclusions, and this is a process that cannot be rushed.

As it stands, regulators in Ireland are still not giving the issue priority, much to the dismay of those who have been calling for action for some time already. More to the point, it has been highlighted by angry campaigners that the country lacks even up to date laws regarding digital casinos, and other forms of gambling, raising questions about Irish regulatory authorities on many levels

How Do They Work

Loot boxes are a system built into many video games, allowing players to potentially be rewarded with more content. But, regardless of real money being paid, it is simply a matter of luck as to which content may be granted. Some content may be all but useless, in terms of actual gameplay, while some other content may grant the player a massive advantage over opponents.

According to Belgium, the Netherlands, and other nations, the mechanic is clearly a game of chance, and in need of strict, governing laws.

Irish regulators do claim to be taking steps to bring the country’s laws up to doubt. However, these promises date back to as far as 2013, with little to no notable progress having been made.