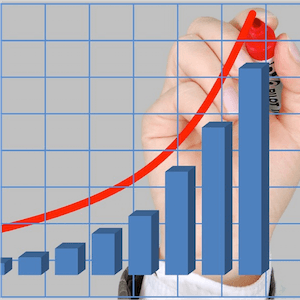 Taxes remain a controversial issue and it appears as if Ireland is next in line to enter the downward spiral that we have recently had the displeasure of witnessing in the UK. Hundreds of betting shops now face possible closure resulting from the recently announced proposed tax hike. It’s a dire and extreme situation, with taxes on gambling activities being doubled up.

According to emeritus associate professor of economics at DCU, Professor Anthony Foley, government is making a grave mistake by implementing the new tax structure and will fail dismally in its endeavours to raise an additional €50 million, as suggested by Finance Minster Paschal Donohoe. In fact, Foley estimates that the hike will result in a €35 million loss to government’s kitty, as a result of the many betting shops that will be forced to close down.

This, as any sober-minded individual would immediately realise, won’t be the end of government’s woes. It will just be the beginning, as hundreds of workers will be left without employment, putting even more strain on the national treasury.

Impact On Economy Is Huge

Foley’s findings form part of a report that was commissioned by the Irish Bookmakers Association (IBA) in order to compile an impact study on exactly how the broader economy will be affected by government’s rash decision. And rash it certainly appears to be, as evidenced by the report itself.

The report states that government has not even considered the effect that the new tax structure will have on existing national tax structures such as income tax, USC and PRSI, resulting from large-scale unemployment due to job-losses in the betting sector.

It’s of course near-impossible to predict exactly what the impact will be on the local economy, but the IBA estimates that at least 1 500 jobs will be lost and 400 betting shops closed down if government were to go ahead with the implementation of the new taxes.

Despite the dire consequences outlined by the study, the IBA is apparently feeling rather pessimistic about the prospects of bringing government to an alternative decision. According to reports, the issue will be voted on in Parliament in about two weeks’ time.