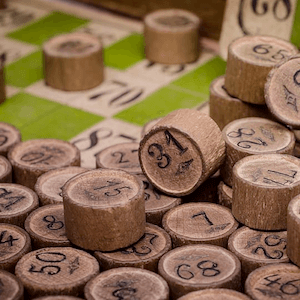 Ireland has now finally passed an amended version of the Gaming and Lotteries Bill for 2019. The first version drew massive backlash from the public, forcing government officials to quickly hammer out a second draft. The first draft has stated that lottery companies and Bingo halls were required to give a minimum of 25% of their takings to charitable organisations, and have 50% reserved to be paid out to players.

The updated version makes one simple adjustment; 25% of an operator’s earnings are still allocated to charitable organisations, but now 75% may be paid at as prizes. It seems like a small change, but is one that has far reaching implications. At least according to some.

Even with the newly amended Bill officially being passed, debate still rages as to whether it is the correction decision.

After the first version of the Bill was made public, the biggest voice of disdain was heard from the Bingo Players’ Association. A petition quickly garnered 1,300 signatures, drawing attention from the government.

The second version, suggesting that the cap on prizes be raised to 75%, was proposed by Sinn Féin TD Martin Kenny, and was supported by Independent TD Denis Naughten. But independent TD Michael Healy-Rae spoke out against the new version, claiming to be speaking on behalf of Bingo Hall operators around the country.

He explained that such an amendment was nothing short of illogical, given that the operator may well land up making 0% after holding an event, making it all but impossible for such venues to stay in business.

An Attack On Rural Ireland

Independent TD Michael Collins echoed the sentiments of Healy-Rae, emphasising that the changes could make charitable organisations completely unviable. He explained that many games are held in West Cork solely for the purposes of raising funds, which are directly used for covering operational costs. He pointed out these halls have expressed major concerns about walking away with €5, making the prospect pointless.

Independent TD Mattie McGrath went one step further, calling such a Bill nothing short of a direct attack on rural Irish locations. He very plainly stated that rural Halls have nothing else left with which to raise money for events, and this would be snatching even that option from their hands, leaving them helpless.

Despite these protests, the new draft has been passed by the Dáil, and has moved on to the Seanad. There is still some chance that delays may occur, but there is no chance of a veto at this point.