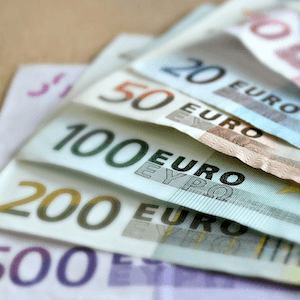 Ireland’s existing gambling laws are set to get all shook up, thanks to a proposed much-needed overhaul. A couple of proposals include capping maximum bets at €5 and payouts at €500.

Higher maximums were suggested earlier this year, but it was changed to the current proposal after receiving complaints from lobbyists. The proposed caps may seem low to players who are used to seeing wager and win amounts associated with high-roller style gaming.

However, the changes being mulled over by the Oireachtas would be a significant improvement on the limits set by the Gaming and Lotteries Act of 1956. There is a chance the laws the government eventually passes may set different limits, as the proposed new Gaming and Lotteries Bill is still at the report stage.

Rooted In the Past

Ireland’s current gambling laws are rooted in the mid-20th century; a fact clearly demonstrated by the current limits of a 3c maximum bet and a 50c maximum payout. One of the biggest problems with this is that those incredibly low limits make it too easy for operators and for players to break the law.

Raising those limits to the suggested new amounts would make it much easier for all concerned to stay within the law when playing casino games for real money. Initially, the bill suggested €10 maximum bets and €750 maximum payouts. The amounts were lowered to the current proposals after Charlie Flanagan, the Minister for Justice, received complaints from lobbyists concerned about the impact those higher amounts would have on responsible gaming.

In line with other countries that have modernised their gambling laws, other suggested overhauls to Irish legislation also focus on protecting players. Another significant change would see the minimum age at which players can access slots and other gambling machines in arcades, pubs, and other venues rise from 16 years to 18 years.

Casino-style gaming is not the only aspect of gambling in Ireland that is undergoing a revamp. The country’s sports betting industry also has had to get used to a few changes.

One of those was an increase in the tax placed on betting turnover. The rate was doubled to the current amount on 1 January 2019. However, smaller sportsbooks were given some breathing room in October, when the government waived tax on those bookmakers’ first €50,000 in yearly turnover. Initially, the government considered exempting tax on small sportsbooks’ first €2m.

The government also is establishing a new industry regulator. The proposed model will see the entity self-funded through fees and fines.