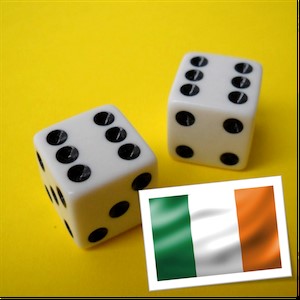 It’s a telling fact that despite the official review of Ireland’s gambling system having been launched back in 2008, the 2013 Gambling Control Bill is only currently undergoing an official process of revision under the heading of the 2018 Gambling Control Bill. Clearly the wheels of regulation have moved slowly, and it has taken over 11 years for measures to be put in place and new ideas to be accepted and tabled.

But good news appears to indeed come to those who wait, because David Stanton, Ireland’s Minister of Justice has now announced the revision of the new Gambling and Lotteries Bill of 2019 has graduated from having been stationary for the longest time, and onwards to the committee stage.

Many Have Voiced Their Concerns

Many people and even officials working in government and state departments have voiced their concerns about fact that the issue with Ireland appears to be that the country’s politicians aren’t at all in touch with the reality and the scope of gambling addictions on home-soil.

But with that having been said, the Bill’s graduation towards the country’s Select Committee on Justice and Equality does appear to signal a sense of new awareness of the problem on the part of local government. The new legislation, which imposes certain limits on maximum stakes, age limits, etc., is confirmed to have already passed the Upper House of the Irish Parliament.

Fianna Fail Deputy Jim O’Callaghan has however said that it remains a big concern to him that government is apparently only willing to deal with issues of a lesser importance; all the while ignoring aspects of the sector that necessitate much more effort and attention that what is currently being spared.

Minister Stanton has in the meantime said that he has since having become closely involved with the compilation process of the new legislation, realised the mammoth nature of the process involved in the drafting of a new bill. He recalls how he had been involved with the initial pre-legislative “scrutiny phase”, and how since that time; which wasn’t at all long ago; a lot of things have changed in a very short period of time.