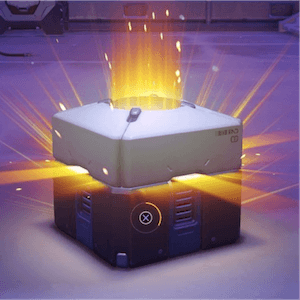 Ireland has joined 14 other regulators globally who have signed a declaration addressing concerns about in-game loot boxes.

Loot boxes have come under fire in recent months, as concerns about gambling in video games increases. Belgium was the most recent country to have these boxes removed from popular releases such as Counter-Strike and Overwatch. The Belgium Gaming Commission declared the boxes to be gambling, and therefore illegal.

Now, 14 European and 1 US regulator have joined forces to tackle the problem.

The University of Dublin released a report in 2015 that indicated that gambling addictions could develop as young as nine years old. Irish experts believe that that this type of addiction is one of the country’s most grave epidemics.

The concerns that loot boxes and skins betting in online gaming are in fact the same as gambling means that children and young players may become the potential addicts of the future. Should it be agreed that games do include gambling, a law would be introduced regulating them under the same laws as Poker. Alternatively, developers would have to remove the loot and find other ways to monetize their products.

The declaration states that authorities of the countries that signed are committed to consumer protection. It also encourages companies whose games are causing the concerns to engage with the authorities to find solutions.

The Root Of The Issue

Loot boxes are virtual boxes for purchase that contain other virtual items. The contents could include anything from new costumes for characters, to weapons, or even skins worth thousands. The unknown nature of the contents is what is causing concern, as paying for the chance of gaining a reward is considered gambling.

Loot boxes are no longer alone under scrutiny, as authorities have also turned their attention to skins betting. Skins are cosmetic items that can change the look of characters or weapons and are used as currency to bet on the outcomes of games.

A UK regulatory body report found that at least 500000 children per week participate in in-game betting. What started off as fun is now a $30 billion industry and is expected to grow to $50 billion by 2022.

The result is that amongst others, the Irish Government will be scrutinizing any releases that offer these options to decide if they are operating with the country’s laws, and will take action where they find they are not.