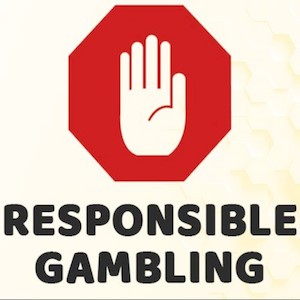 Multiple United Kingdom-based sports betting companies have officially joined forces. Their stated goal is to pool funding, and together provide resources for the treatment of those suffering from gambling addiction. The companies involved include Sky Betting and Gaming, William Hill, the owner of Ladbrokes; GVC, Bet365, and the owners of Paddy Power, now rebranded as Flutter.

The move comes in direct response to a recent wave of criticism heard in the country. A UK charity organisation, GambleAware, released statistics concerning the spending habits of betting companies. The figures showed that roughly £1.5 billion had been spent on marketing in 2017, a number that was a significant increase over 2014, by 65%. Following the report, calls were heard nationwide for more industry funds to be directed to social responsibility initiatives. Specifically, to facilities that helped treat the negative impact of betting and gambling.

In accordance with UK law, gambling companies are required to commit 0.1% of their total revenue to treatment facilities. But, seemingly in an effort to go above and beyond requirements, the organisations in the new initiative have announced they will be voluntarily increasing the amount. Together they will knock up the percentage pledged to a full 1%, starting in 2023. This means that a total of £100 million will now be committed annually. Or £25 million each, per organisation involved.

Additionally, it was announced that the organisations would also be reviewing their advertising and marketing strategies. They declared that advertisements in the country will now be accompanied by an increase in cautionary messages, warning against the potential harm of addictive behaviour. This move likewise comes in response to criticism, with some groups claiming that the content of some industry adverts has been misleading.

A Big Step For The Industry

A recently revealed statistic showed that around 2 million individuals demonstrate addictive gambling behaviour in the United Kingdom. Hopes are that this new approach by operators will be a step in the right direction for helping to tackle this situation, and keep it under control. But some members of the local government are saying that even these new measures are not enough.

The Shadow culture secretary referred to the sums paid by operators as paltry. While Jeremey Wright, UK Cultural Secretary, emphasised that operators have a firm responsibility to contribute more to the treatment of addiction in the country. On the other hand, GambleAware announced that the changes are certainly in the right direction, and that the new amounts pledged are more than welcome.