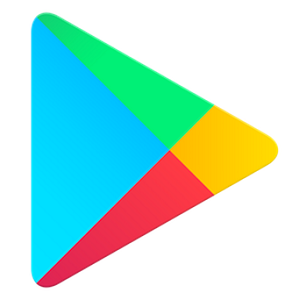 Search engine and technology giant Google has announced that come March 1, 2021, it will be opening its Play Store to real money online casino apps across 15 countries – including Ireland. This means that there will be even more online casinos Ireland players can choose from!

Countries added to Google’s list of approved regions include Ireland, the U.S., Germany, Japan, Spain, Mexico, Australia, New Zealand, Sweden, and Canada. Each country will remain in control of its own regulations, with some allowing the entire selection of products and offerings across the board, including sports betting, online casinos, and daily fantasy sports betting, while others are expected to implement certain limitations and restrictions.

Convenience Has Come To Town

What this means for Android smartphone users is that they’ll now be able to enjoy the full range of benefits of playing on the go vs. playing at a land-based casino. Perhaps the biggest perk playing at the online casinos Ireland has to offer is the convenience factor. Top class games are available at players fingertips anywhere, anytime. While desktop gaming made this possible initially, mobile gaming has taken it one step further, and let’s players pop a casino in their pockets.

Such is the approach of the industry right now that all of the top titles by the world’s leading online developers are being designed in such a way that mobile players are being specifically catered for. As such, players may soon see games from some of the world’s best known studios head towards their mobile phones.

Studios like Microgaming, Playtech, Play’n GO, Iron Dog, Evolution, Red Tiger, and many more just like them, have become increasingly more focused on developing games that are tailor-made for the mobile platform.

Just some of the fantastic games online gaming enthusiasts could soon get to play in Ireland, and on their mobile phones via the Play Store, include top titles like Playtech’s Iron Man 3, Mr. Cashback, and The Gold Rally. Then, from NetEnt, there’s South Park: Reel Chaos, Reel Rush, and Stickers.

Microgaming too, the undisputable online casino content industry leader, will soon be punting their titles to Irish players via the mobile platform. At mobile online casinos Ireland players will get to enjoy the entertaining magic of games like Thunderstruck, Avalon, and Tomb Raider.

With Google Play bringing real money mobile casino games to Ireland a whole new world of on-the-go, safe and regulated gaming is open to locals. And with such a huge variety of games powered by some of the world’s biggest iGaming studios, the sky really is the limit. Thanks to Google Play, mobile gaming at the best online casinos Ireland has to offer is about to get even better!