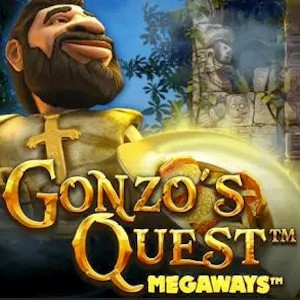 The original Gonzo’s Quest is arguably the most famous slot game from legendary developers NetEnt, as it introduced the world to the Avalanche system. But after much anticipation the sequel has now finally gone live on July 23rd 2020, and slots enthusiasts were keen to get a first look. Will Gonzo’s Quest Megaways outdo the original, potentially becoming NetEnt’s new most famous title to date?

Gonzo’s Quest Megaways came courtesy of Red Tiger, who partnered with NetEnt to bring Gonzo back to the world of slots. Gonzo, it seems, has returned to the mysterious rainforests, and is once again setting out to explore the ancient Mayan runes. In this regard, the follow-up is certainly true to the original, using the same recognisable character, and familiar setting.

But even beyond the visuals, everything about the sequel is similar, so much so that it is rather better to call it a reboot, rather than an outright follow-up.

Gonzo’s Quest Megaways has 6 reels, has an RTP of 96.00%, and is rated as medium/high volatility. The betting range is on the lower side, with a minimum of 0.10, and maximum of 4.00. The maximum payout is an impressive 20,000x the original wager, which translates to $80,000 if managing to score the largest possible win.

The biggest new addition to the core features of the slot, as the name suggests, is the Megaways system, which offers a lofty 117,649 possible ways to win. This new feature comes courtesy of Red Tiger, who brought the Megaways license with them when partnering with NetEnt. So in regards to paylines, there is certainly a big change to the Gonzo’s Quest formula, with the original having a mere 20 paylines.

But Red Tiger went beyond simply adding Megaways to the slot, bringing a few extra features as well. A particularly interesting one is referred to as Earthquake, which triggers at random during the base game. When it does trigger, all the lowest symbols on the reels will instantly be replaced by higher value versions, which can result in some pretty generous payouts.

The Free Spins feature, although carried over from the original, is still the most exciting in the game. Free Spins are the ticket to the biggest payouts in the game, and are triggered by Scatters being matched a minimum of 3 times. Once triggered, Free Spins will playout with increased base multipliers. Each chained win in the Avalanche system bumps up the multiplier, with the maximum possible being 15x.

Gonzo’s Quest Megaways is now available at online casinos powered by NetEnt software and can be enjoyed on desktop and mobile.