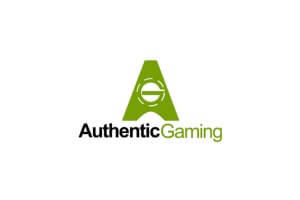 Casino industry mega-corporation and operator Genting Group have finalised yet another major deal. This latest deal involves the purchase of Authentic Gaming, a tech company that specialises in live dealer solutions. As much as €15 million changed hands for the purchase, which is certainly small change as far as Genting Group are concerned. But small change for one corporation is an enormous sum for another. An enormous sum namely for previous owners LeoVegas, who owned Authentic Gaming as a subsidiary.

LeoVegas, who were clearly proud of the transaction, were quick to make known just how good the deal was. A representative from the company explained that the €15 million was a more than 100% return. He justified this statement by pointing out that Authentic Gaming had generated around €1 million for the three months ending on 30th June.

More About The Deal

The significant transaction is yet more proof that live dealer casino games are rapidly growing in popularity. The company operates out of various land-based casinos around Europe, broadcasting high quality content directly to sites. Since its original inception, three years ago, the establishment has seen enormous success, standing as testimony that the online casino world may evolve into a fully live system.

Though, it shouldn’t be forgotten that Authentic Gaming owes its existence entirely to Leo Vegas. Or, more specifically, a division of LeoVegas known as LeoVentures. LeoVentures is the investment branch of LeoVegas, which serves the function of funding, and nurturing fledgling business ventures.

As it stands, live broadcasting systems are just one of three big investments currently in development at LeoVentures. The other two are Pixel.Bet, an eSports betting brand, and CasinoGrounds, a streaming portal for casino sites. Both are seeing their own levels of admirable success.

Importantly, this isn’t the first live dealer company that Genting Group has been involved with. Previously the corporation had been partnered with Evolution Gaming, a well-known live dealer specialist that also provides online content.

But now the operator owns their brand, raising questions as to what will happen to the partnership with Evolution gaming.

According to managing director of Genting Online, Jeremy Taylor, Authentic Gaming will be grown rapidly. This will be done using the available land based resources at hand, which are extensive. Taylor explained that the ultimate goal is a live broadcast company that provides 24 hour services, anywhere in the world, through any device.