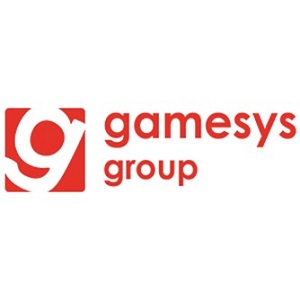 Gamesys Group have released an online casino performance report for the third quarter of 2020. Despite expectations, it has turned out to be an immensely successful period for the organisation, with numbers soaring way above even optimistic predictions.

As is well known, enormous challenges were faced by virtually all industries in the world throughout the first months of the year. Gamesys Group, however, managed to meet the challenges head on, and not only overcoming the situation, but even to thrive in it. The organisation’s report revealed that an outstanding 31% increase in revenue was experienced for the third quarter of the year, putting the grand total at £190 million.

A spokesperson explained that the massive growth was due to a massive increase in an active online casino customer base.

Looking more closely, it can be seen that immense growth was seen specifically in the Asian market, pushing numbers to near record heights. In the United Kingdom, meanwhile, although not achieving the same lofty results as the Asian market, excellent performance was still seen. Progress in Spain was likewise impressive. The United States, however, was the other big performer, soaring beyond expectations.

Special mention was made of a new online casino launch in Spain, Monopoly Casino, which was celebrated as being one of the most successful launches the group has ever enjoyed. Equal attention was given to Rainbow Riches Casino in the United Kingdom, which had been launched at the end of last year, though had now started to contribute significantly to success seen in the region.

Additionally, Intercasino, which had been launched in Japan and is the second brand in the area, helped bolster the already excellent Asian performance.

With the successes being highlighted, a spokesperson from Gamesys Group took the time to also confirm that the organisation remained firmly committed to responsible gambling initiatives. It was explained that, with the help of new technology, more information was being gathered on player habits than ever before.

With this new data it had been observed that players were making use of new online casino options, including the setting of monthly deposit limits. It was also observed that roughly 50% of all United Kingdom play session never saw even a single wager, with only the free versions of games being played.

CEO of Gamesys, Lee Fenton, made a simple statement. He expressed that, despite the world health crisis, incredible growth had been achieved in key markets around the world. He concluded by saying that with trusted brands established, and new technology platforms being developed, long term, sustainable growth was firmly being targeted.