>   Casino News   >   Gambling Regulations Still In The Works For Ireland 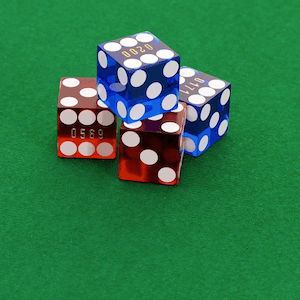 Despite the fact that a new regulatory gambling body was established by the Irish government as recently as last week, Ireland’s Prime Minister has warned that it may be some months yet before official operations will commence; and even as far as a year and a half from now.

Considering the fact the new legislation will now have to make its way through the country’s legal system, eighteen months is on all counts an optimistic outlook in terms of a time frame. What’s more, gambling regulation doesn’t enjoy top priority among Irish lawmakers. This is obvious judging by the fact that even though a review of Ireland’s system was launched back in 2008 already, almost 11 years to the day, the subsequent 2013 Gambling Control Bill is only now being revised and officiated as the 2018 Bill.

The question as to why regulation is on such a go-slow in the country is one that begs and deserves to be answered, especially when viewed in the light of the fact that the national gambling participation numbers as well as the number of problem gamblers are constantly on the rise.

Ireland needs an updated gambling and betting regulatory framework, and it needs this to come into operation as soon as possible. In the meantime, online gambling has appeared on the local scene too, calling for even more regulatory involvement so as to ensure protection and safeguards for Irish players and bettors.

In December of 2018, government tasked research company and law firm McCann Fitzgerald with the mammoth task of establishing what a modern-day regulatory framework would look like when implemented into the Irish national dynamic. The firm has said that it expects the regulatory inquisition to be finalised mid-way through 2019.

Even though at least an interim form of relief seems to be on the horizon, the general feeling is one of the processes having taken much too long already, and that the hurry-up-and-wait attitude on the part of government and national lawmakers needs to change. Major Irish operator Paddy Power Betfair has welcomed the fact that things seem to be moving along in favour of the establishment of a national gambling framework.