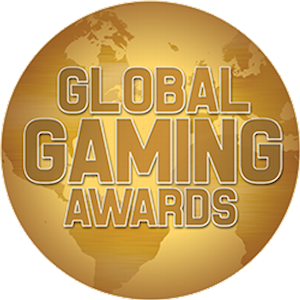 Casino news headlines are abuzz with the many exciting developments and achievements at Evolution Gaming. The live casino supplier recently out-performed nine other hopefuls in the category “strongest and most innovative casino vendor of the year” at this year’s Global Gaming Awards (GGA), London.

The awards ceremony took place at London’s Hippodrome casino, and was the official opening act to Totally Gaming ICE London 2019, which ran from 7 to 9 February.

Innovative new games like Lightning Roulette and a new range of first-person content had a lot to do with the nomination, but it’s also Evolution Gaming’s platinum resolve to make the most of new opportunities in regulated markets all over the world, that drove the judges’ decision home.

The supplier recently released its financial report for 2018, and the numbers testified to the team’s commitment and hard work. The last 12 months saw a 38% spike in revenue income, and a 34% increase in post-tax profits. The company puts this down to a combination of a renewed focus on mobile-first applications and the implementation of a wide-scope expansion strategy; both into the rest of Europe, as well as beyond.

But the GGA award wasn’t the only recent recognition bestowed upon the supplier. Evolution Gaming also walked away the winner of the award for the Best UK Table Gaming Product. Dual Play Roulette was what sealed the deal at the British Casino Awards.

Chief Business Officer James Stern puts it all down to a product solution that can be customised in its totality. The focus of the award-winning game, according to Stern, is on player retention and an increase in revenue. Every operator’s dream supplier, Evolution Gaming has been increasingly more focused on bottom-line business drivers than ever before.

But the most valuable element in having received this particular award is the fact that it clearly indicates the prominence enjoyed by the Dual Play series of games in the context of the UK market. Stern said that a top-of-the-list priority has been to enlarge the geographic territory in favour of Dual Play installations all over Europe, as well as in the UK.

2018 was a bright and busy year for the award-winning supplier, and it certainly appears as if 2019 is shaping up to be more of the same.