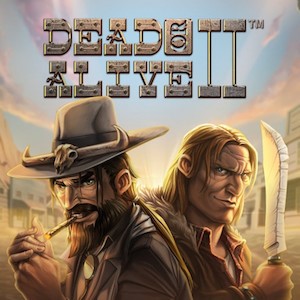 It was back in 2013 when NetEnt’s original Dead or Alive slot first landed at online casinos. Fast-forward 6 years and a sequel, Dead or Alive II, provided even better reel spinning entertainment. So good was this sequel, in fact, that it was named the UK’s most successful slot of 2019 by a data-driven analytics firm, SlotCatalog.

The analytics firm announced the final list of top slots for 2019 late in the year. The platform noted that it had scanned 826 casinos in the UK, including the 189 most popular brands that were selected specifically to be included in the data set.

The aforementioned data included slots that were released between January the 1st and December the 31st, 2019. The average metric was based on how the casino games ranked between day 60 and 90 after their official release dates, along with a score based on their lobby positions during the aforementioned period.

NetEnt’s blockbuster slots sequel Dead or Alive II topped the charts last year, followed closely by Blueprint Gaming’s Eye of Horus Megaways. Next up was another duo of NetEnt titles, Mercy of the Gods and Scudamore’s Super Stakes. Red Tiger Gaming’s Pirates’ Plenty Battle for Gold came in at fifth place on the list.

Eye of Horus Megaways, the second slot to appear on the list, was released in mid-October last year. It was noted that the popularity of the Megaways mechanic has grown massively in the UK, but that few developers have used the technology in such a compatible way as Blueprint has. They described the title in question as a flawless game packed with unlimited extra spins and great entertainment. NetEnt’s Mercy of the Gods – third on the list – was also praised for its top quality mechanics and volatile gameplay.

Now, with a brand new year ahead and developers already releasing new casino games, it will be interesting to see which titles take the crown for 2020.