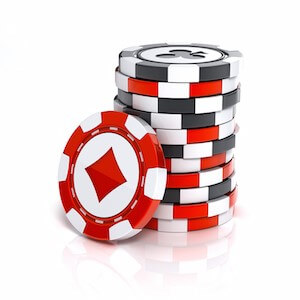 Belfast Councillor John Kyle has made an urgent appeal to the Northern Ireland government, requesting that alterations be made to casino regulations. According to Kyle, existing gambling legislations fall drastically short of protecting residents, and is in dire need of an update. He stressed that the most vulnerable in society have been left wide open, and are put at unnecessary risk on a daily basis. Namely; those who suffer from problem gambling symptoms.

It is not the first time the Councillor has brought up the issue. Casino regulations in Northern Ireland have been under fire for some time, with statistics indicating that an underlying problem is in need of attention. The most glaring fact, according to Kyle, is that there are more residents who suffer from gambling addiction in the region, than anywhere else in the United Kingdom.

But it isn’t just this statistic that indicates a problem, the Councillor elaborated. In addition to the high percentage of addiction, Northern Ireland also lacks a dedicated or specialised support system. This means that those who suffer from gambling addiction also have nowhere to turn. At least as far as the government is concerned.

The situation is compounded by poor regulations, the Councillor continued, which offer little in the way of controlling the situation.

As it stands, the existing regulatory system for Northern Ireland dates back to 1985. This means that there is little in the way of online casino focused legislature, all but leaving the entire industry open to abuse.

Multiple campaigns have urged the local government to make changes to laws regarding the casino industry, specifically where online casinos are concerned. There have also been numerous calls to set up dedicated addiction support centres. But little has been done, despite public consultations. Only suggestions have been heard that laws may be changed in the future, further exasperating an already impatient public.

Thus, Councillor Kyle has been increasingly vocal about the growing problem, demanding that the companies that profit the most start making a contribution. Gambling focused companies do already make contributions, but the amounts given have often been cited as being far too little. Talks of mandatory casino industry levies have frequently been heard.

The situation is still unfolding, but it seems as if the dilemma in the region is quickly reaching a boiling point. Rampant gambling addiction is now being referred to as the biggest problem facing Northern Irish residents.