Ireland Clamps Down On CFDs 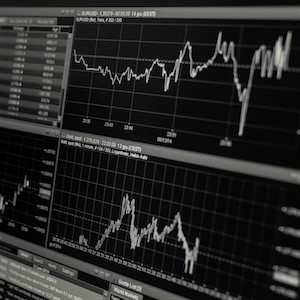 The Central Bank of Ireland has declared that it will be imposing serious restrictions on two products. This includes certain investor and binary options that were perceived to be gambling. The ban will come into effect after a previous temporary ban by the European Securities Market Authority (ESMA), which stepped in to restrict sales. The ESMA ban is set to expire, pushing the Bank of Ireland to step in and take permanent action of its own.

The CFDs to be banned were those aimed at placing bets on value changes of assets. Binary option betting, for example, was a simple yes or no vote, which could be taken on the predicted rise or fall of stock values to a fixed amount. According to the ESMA, what made the systems unacceptable were the incentives and encouragement offered. These often resulted in investors losing more than they had deposited into a CFD account.

Leverage Limits To Be Introduced

A new set of regulations by the Central Bank of Ireland will be introduced to control this type of activity. This includes a margin close requirement, as well as restrictions on operators pushing risk by way of incentives. Additionally all future activity offered will be required to have a risk warning. These regulations will be enforced upon the ESMA temporary ban lifting.

Derville Rowland, Central Bank Director General Of Financial Control lauded the new restrictions. He expressed that the intervention powers of the bank were being used to ensure that investors were being protected, and that concerns were likewise being met. He explained that the bank felt the products offered were fundamentally flawed, and comparable to putting down bets on the outcome of a horse race. Therefore the products had no place being offered, especially under in the misleading circumstances.

Last year a warning had been issued about the CFDs. Research had been released by the European Union, with the data showing that those who took part in the activity incurred massive losses. It was estimated that around 74% to 87% of those taking part lost money, with the average loss being a whopping €6,900.

It was this research that resulted in the temporary ban Ireland, and the implementation of the regulations. But it is not only Ireland that has taken the steps. Earlier in the year the UK’s Financial Conduct Authority enforced similar bans. In Germany the Federal Financial Supervisory Authority did the same last year in November. So it seems that Ireland is only the latest to take action against an activity that was fundamentally unacceptable.