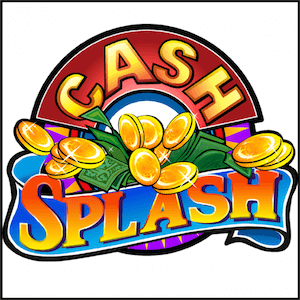 Winning €10,533.41 whilst waiting on a routine check-up at the doctor’s waiting room was the last thing that expectant mother Michelle had anticipated. The win was everything but routine, as according to Michelle, who lives in Ireland, this was the first time that she had won a prize this big. The slot responsible for the lucky payout is Microgaming’s Cash Splash. Michelle had played a conservative €3 bet on the 5-reel slot. She relates that she was feeling bored and that playing a couple of spins seemed like a good idea to pass the time. Talk about good turning out to be positively marvellous!

The initial version of the game was launched in a 3-reel format, and it proved to be a slam-dunk hit, but players report enjoying the 5-reeled version even more.

In addition to the impressive 250x multiplier offered by the slot, Cash Splash also features a progressive jackpot as well as a higher-than-average return to player (RTP) percentage, which no doubt contributes to its huge popularity among players all over the globe.

Winning a big payout such as the one that the soon-to-be new mother had landed is always a welcome surprise. Most players can’t immediately pinpoint exactly what they plan to do with their winnings, but to Michelle’s mind, it wasn’t too much of a conundrum. The mother-to-be plans to spend a portion of her small fortune on a getaway after the birth of her baby, and some of it on belated Christmas gifts for friends and family.

As mentioned before, according to the lucky player, she did not see the big win coming and was quite surprised when she saw the flashing lights and realised that something big was up. Michelle also pointed out that €3 was much more than what she usually spent on a single bet. We’re pretty sure that she’s glad that she upped the ante this time round!

Luck Of The Irish?

At the time of winning the money, Michelle was logged in at Genesis Casino. She recalls having seen an advertisement promoting the online casino on social media, and had decided to sign up for a bit of fun and games. Turns out that it was nothing short of a grand idea! Whether Michelle believes in the luck of the Irish or not, Cash Splash certainly came through for her in a very lucky way.