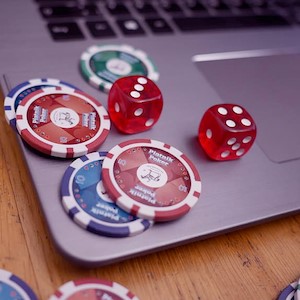 Ireland’s decrepit and long-outdated gambling industry is yet again under the looking glass as local campaigners rally in favour of casino regulations that are in line with modern times.

The country’s current gambling laws are irrelevant, archaic, and not at all suited to a functioning and contemporary modern gambling dynamic. In fact, Ireland’s current gambling legislation hasn’t been changed or updated in literally decades. Calls for updated re-regulation have up until now not yielded much in the way of results, causing pro-casino and sports betting lobbyists to now push for change with new resolve.

Time For Action Is Now

The latest new gambling law draft, which, among other things, proposes to establish a professional and functioning gambling industry watchdog, has been in circulation for the past 7 years now, having been first put to table before Parliament already back in 2013. It was promptly shelved shortly after.

The negative effects of the long and protracted processes and delays have had many a negative consequence for the local casino industry over the years, and campaigners now hope to see the situation finally changed and improved.

Probably worst of all has been the complete absence of any type of support structure for the benefit of those struggling with addiction and/or unhealthy gambling and betting behaviour. Problem gamblers have been left to their own devices and struggling completely alone as a direct result of government’s refusal to engage with industry role-players and other interested parties in a timely and effective manner.

They Speak From Experience

A large part of the recent campaign is made up of former problem gamblers – i.e. people who have themselves personally struggled with a gambling addiction. Campaigners are of the opinion that along with the number of people experiencing an unhealthy relationship with games of chance and other casino games having skyrocketed, so too has the demand for a regulatory body increased right along with it.

Campaigners also referred to the example set by Britain and by the UK Gambling Commission, with recent efforts to step up healthy gambling and betting standards having led to several fines imposed on bookmakers in violation of local gambling laws and regulations.

Major bookmakers such as William Hill and Ladbrokes, both of which were recently slapped with significant fines for  having overstepped regulatory boundaries, say Ireland’s campaigners, continue to operate freely within the Irish gambling industry. Proper control can according to those rallying in favour of a regulated casino industry, no longer be postponed.