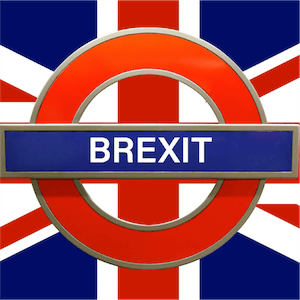 Brexit is having a field day with the peace of mind of every conceivable industry currently operating on British soil, made worse by the recent developments clearly indicating a complete lack of confidence in new Prime Minister Boris Johnson’s ability to demand a good deal from the EU before the big divorce. Those involved in the casino industry are especially concerned and when considering the possible consequences of a no-deal Brexit, it’s not at all difficult to understand why.

According to political analysts, the current situation dictates that Britain’s big exit is very much a thing of 50/50 either way. Boris has now made a sing and dance of the fact that he may elect to seek permission for a flash-election on October 15th.

The difference between a soft and hard exit from the EU will bring about significant changes and consequences either way, but a no-deal exit will have massive ramifications for everyone involved, and not least of all for the UK’s casino industry.

The local industry is considered to be a tough but exceptionally rewarding and successful playing field. English horse racing and greyhound racing have attracted not only the business of local bettors, but also of those tuning in on international online platforms. But the imminent changes may well dump the entire market into absolute turmoil, and for very many reasons.

Brexit is all about a major influence on what has come to be known as four major pillars. These are free movement of goods, people, services and capital. All four of these pillars stand prominent and central in the UK gambling and sports betting industry. Roughing up even just one of the four may result in an absolute economic cacophony of noise and confusion.

Even in the event that the best possible severance deal is secured, British Overseas Territories will still suffer a major and significant blow to the head. More operators than what anyone would be willing to count do their thing in territories like Gibraltar and the Isle of Man. Daily business may go down outside of mainland Britain itself, but operations remain very much UK-focused.

The regulatory shake-up is what operators fear most of all, even more so than trade restrictions and tax-implications. At this stage of the game its still very much wait-and-see and operators and industry service providers can now do no more than to wait to learn of their eventual fate