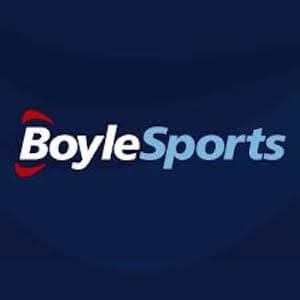 Many are bracing for what will be a major predicted recession in the United Kingdom’s gambling industry. But this hasn’t stopped BoyleSports, the bookmaker that is a household name in Ireland. The company has stated on previous occasions that it seeks to get deeper into the United Kingdom industry, and this has now come to pass with a major acquisition.

BoyleSports announced the purchase of independent operator Wilf Gilbert. This is a major step for the Irish bookie, and clearly a move it has been meaning to make for some time. But many are questioning the wisdom of making such a purchase in a deeply troubled gaming economy.

Wilf Gilbert is one of the longest running independent operators in the UK today, encompassing a modest 13 shops. The amount paid for the company’s acquisition was not disclosed, but it is still only one step of what will be many more, according to BoyleSports. The company aims to add at least 100 more gambling venues to its portfolio, the company has stated, by as early as next year.

Speaking on the matter was company CEO Conor Gray. He was quick to declare that the purchasing of Wilf Gilbert was groundbreaking, and a long-term goal that had finally been achieved. He went on to state that a primary focus was to provide shops in the UK of the same quality already run in Ireland. He closed his statement by reiterating that the company’s ambitions were not yet concluded, and he would be on the lookout for more opportunity for expansion.

UK On the Decline

It is a time of turmoil for the gambling industry in the United Kingdom. A new government regulation introduced saw the maximum betting amount at fixed terminals being slashed from £100 to just £2. The impact of the new regulation is expected to be catastrophic, with major industry giants William Hill and Ladbrokes coral expected to close around 2,400 venues.

But the upheaval spells opportunity for companies such as BoyleSports. Gray has acknowledged the difficulties of the economy, and likewise the drawback that his company has no experience in dealing with the fixed odds betting terminals, or FOBTs. FOBTs are popular in the United Kingdom, but outlawed in Ireland, meaning that it is new territory for Gray. He still remains confident of his purchase, however, and that state of the art betting lounges can be established in the 13 new stores now under his control.

If Gray and his ambitious company can live up to the promises, and take advantage of the situation will be seen in due course.