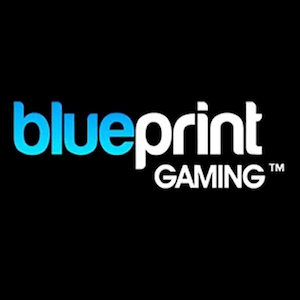 Respected United Kingdom iGaming developer Blueprint Gaming recently announced that 4 classic land-based slots are being given a second lease on life. The company took the games, which were quickly fading into obscurity and revamped them entirely, allowing them to be rereleased at online casinos.

The titles were originally the work of Realtime Gaming and designed to for play in brick and mortar casinos. But with a bit of elbow grease the dedicated team at Blueprint Gaming have brought them forward and into the present day. All 4 slots will now be available exclusively via the Blueprint Gaming global network at online casinos around the world.

The first of the 4 games is 7s Deluxe. Interestingly, the studio made same tweaks when adapting the game for online play, adding a few additional features that were not present in the original. The original 7 has been replaced by a flaming version of itself, adding extra winning potential.

Crown Gems is the second game to see a rerelease. It is a 5 reel, 10 payline slot featuring stacked symbols that allow for wins to be achieved across all reels, with a single spin.

The visually impressive Thai Flower is the third, and well known for having a stunning theme based around Thai culture. It has 5 reels, 10 paylines, and offers 12 Free Spins in its bonus features.

The last resurrected game is sure to be an online casino hit; Hot Frootastic. The fruit themed classic is alive with bright colours and quirky sounds, and comes complete with a jackpot payout that is 5,000x the original bet.

These latest 4 resurrected classics seem to be an ongoing trend for Blueprint Gaming. It was not so long ago that two other older titles were adapted for online casinos. Namely the two hits from yesteryear; Fishin’ Frenzy and Eye of Horus. So it seems as if the studio is leaning into the reputation for being the company that keeps the classics alive, and brings them forward to be appreciated by a modern audience.

With the 4 new slots releases taken into account, this means that the developer now has a rapidly growing portfolio of respectable size. Their library now totals more than 30 games, which although doesn’t compete with some of the bigger developers, certainly makes them a growing competitor.

Where Blueprint Gaming goes from here remains to be seen, but it seems as if more conversions are sure to be on the cards.