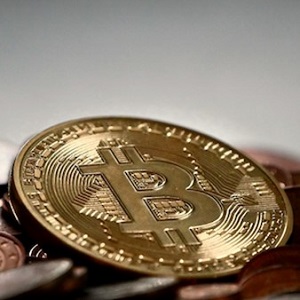 It seems like just yesterday that the world couldn’t stop talking about Bitcoin, and how it was going to revolutionise the way we pay. A frenzy of excitement occurred, with just about everyone eager to get in on the action. Numerous online casinos even began to accept the cryptocurrency as a form of payment, seemingly also sure that it was the way of the future.

But now the dust has settled, the excitement has died down, and hardly anyone even mentions Bitcoin any more. Some online casinos still list it as an accepted currency, but it is likely that the vast majority are not using it at all, except for a few diehards.

So now, most are asking the obvious question; what exactly happened?

What Can You Buy?

The biggest, most obvious problem with cryptocurrency, that really should have been obvious from the start; what can you buy with it?

Yes, you are able to spend it at an online casino, but beyond that there are still almost no marketplaces that accept it for actual goods. Simply put, having Bitcoin is almost akin to having no money at all. Unless you are willing to use it in very specific circumstances.

Another way to put it is that cryptocurrency is not user friendly by any stretch of the imagination, which makes it far more of a hassle to actually utilise than it should be.

More to the point, it hasn’t been getting accepted into mainstream infrastructure at a particularly encouraging rate, which limits any further interest in getting involved.

Going even further than spending it, most still broadly don’t understand what Bitcoin actually is. There is still a frustrating lack of real information, or easily understood explanation, as to what it is, and how it is supposed to work. In the eyes of most, cryptocurrency is still a bizarre, exotic notion. So why would anyone bother investing in it?

On top of this lack of understanding, it also hasn’t escaped the attention of most that Bitcoin, in the most basic sense, is so volatile as to be comedic. After the initial craze, the value leapt some 2,000% above the United States dollar, after immediately losing that value again.

There is still some hope that things may change, but this hardly seems likely, based on trends.