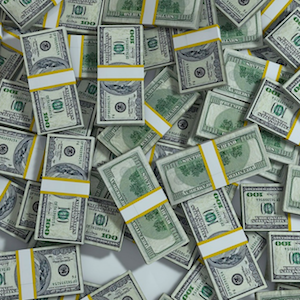 For online casino players, slots offer more than just entertainment; they also offer the chance to claim a life-changing win. This is exactly what happened to one lucky player at King Billy Casino. According to a recent press release, the player struck it lucky while playing NetEnt’s exciting new slot Dead or Alive II. During his game, the man hit a massive multiplier of 56.777x his total bet stake, which resulted in a jaw-dropping payout of $204,398!

The player was one of King Billy’s 300 000 international customers, but just one of 6 who have achieved the level of Prince or Princess. This is one of the highest levels a player can achieve at King Billy through their rewards program. Players at this level receive preferential banking services, enhanced bonuses and more rewards for their loyalty. For this man, loyalty really did pay off. The player, who wished to remain anonymous, stated that he was a little shocked about his win. He had been playing online slots for over 15 years and this was his biggest win yet.

King Billy Casino was launched in 2017 and is owned and operated by Direx N.V. Casinos. Since going online just two years ago, they have already become one of the most trusted gambling hubs in the industry. In May this year, the casino was officially given the LCB’s Seal of Approval, reserved for gaming sites with the highest trust and security rating. King Billy also has one of the most unique loyalty schemes in that players rise through the ranks of Nobility from lowly squires to princes and top royalty.

2019 has been a big year for King Billy. In July, the casino signed a major deal with top software developer Wazdan. This saw them add another 117 slots to their already expansive gaming library. Wazdan slots are packed with exciting features that players cannot get enough of. One such feature is the Energy Saving Mode. According to Wazdan, Energy Saving Mode is designed for players who want to play on their mobile devices. Once activated in the setting menu, the feature will dramatically extend the battery life of the device while the game is in play. While the feature is mainly designed for Laptops and mobile devices, it can also be used on desktop machines, reducing energy consumption by 40%.

All in all, 2019 is shaping up to be an excellent year for King Billy and its loyal subjects!