Where People From Belfast Stand On Online Casinos 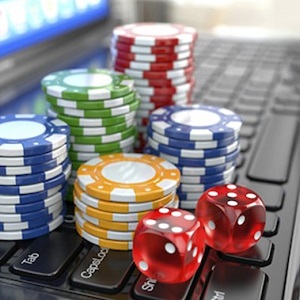 It's no secret that people from Belfast in Northern Ireland enjoy playing at the online casinos Ireland has to offer. This has been a massive driver behind political conversations around the legalisation of online gambling games in the region. And it's a topic currently very much on every politician's agenda in some way, shape, or form.

But because the laws in Northern Ireland are very different to those in force in the UK, with the Northern Irish government having traditionally taken a strict and unforgiving stance towards online gambling, those living in Belfast experience an altogether different reality than those living in, say, London, England.

Public efforts have thankfully now started to change the way even government appears to think about online gambling. And since people based in Northern Ireland have shown an increased overall interest in online as well as land-based gambling, it should come as no surprise that even local politicians have started to pay heed.

Presently, the law in force dictates that all land-based gambling falls under a single piece of legislation, namely the Betting, Lotteries & Amusements Order of 1985.

According to the regulations of the order, only arcades (for amusement purposes only), Lotteries, and sports bookmaking are allowed. Also, wagers are typically regarded to be agreements between gentlemen, which makes it all largely ungoverned by the country's courts.

Casinos, on the other hand, of the brick-and-mortar variety, remain illegal. And this really is so for no other reason than a grossly outdated piece of legislation.

But the good news is that definite steps are being taken in the right direction. Due to ongoing efforts by several big-name online casino Ireland brands and organisations, much progress has been made towards the legalisation of casinos and online gambling in Belfast.

So much so, that operators have committed to invest a collective 200 million for the development of Belfast's wanting-to-emerge casino industry. Also seen to have sparked the interest of politicians and lawmakers alike has been the promise of a new hotel and entertainment complex, which, if given the green light, could create more than a thousand jobs and emerge a major boost to the local tourism industry.

Lucky for locals, however, is that they actually can enjoy any online casino game their hearts happen to desire – just as long as the operator (or provider) is located outside of Northern Ireland. This means that the only way locals would run the risk of breaking any laws, would be if they were to engage with an unlicensed online casino Ireland operator situated in Northern Ireland itself.

Sign up and WIN! Play at Ireland’s BEST online casinos.