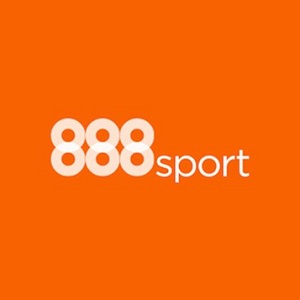 Big news this week is that online casino Ireland and sportsbetting giant 888 Holding’s has signed up as the main sponsor of the Shamrock Rovers Football Club. The agreement will see 888sport branding featured not only on the front of players’ shirts, but also all throughout the League of Ireland Premier Division champions’ home grounds, the Tallaght Stadium.

The agreement was signed just in time for the start of the new League of Ireland Premier Division, which kicked off on Friday and it signals 888 Holding’s commitment to the local community. The series will see Shamrock Rovers attempt to defend their title while sporting the famous 888sport branding.

The Hoops have a massive and important year ahead of them, as they’ll this year contend for a place in the UEFA Champions League – a full decade on from the year they became the very first Irish football side to reach the elimination stages of a top European competition, namely the Europa League.

The Rovers last season enjoyed a phenomenal run, remaining unbeaten through all of 18 games. This stellar performance included a 6-1 victory over Waterford in September last year, followed by the incredible honour of being crowned League champions for the first time since 2011.

888sport has in the meantime wished the Irish side well, congratulating them on the fantastic season that was 2020 as they prepare to fight for a place in this year’s Champion’s League. It’s clearly a matter of pride for 888 that the team will be sporting their well-known branding.

888sport Welcomed On Board

A major employer in Dublin, with offices located a little over eight miles from the magnificent eight-seater Tallaght stadium, 888sport is regarded a valuable brand partner by Shamrock Rovers. 888 is also intent on boosting local customer engagement and growing its sports division, and the sponsorship is clearly a step in the right direction. Additionally, the brand is confident it will boost its revenue and that it will rise moderately above previous company estimates in the year to come.

Independent Chairman of Shamrock Rovers Football Club, Ciaran Medlar, recently welcomed the brand on board. Ciaran said that what made the deal even more significant was that 888sport shared the FC’s desire for success. He said the football club is looking forward to having one of the biggest brands in online entertainment and gaming in its corner for the next two seasons.

The casino online and sports betting company has come a long way since it was founded back in 1997. Today, 888 Holdings is regarded a leading global and online casino Ireland provider of proprietary B2B technology and gaming content.

Ready to win? Sign up at a TOP Irish online casino!